Bryan’s Dream Foundation just reached $1,000,000 in funds raised in support of its 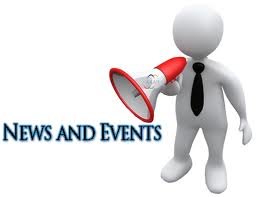 mission. The Foundation, established in 2006 in memory of Bryan Timothy Opremcak, who passed away tragically from a brain tumor at the age of 12. The mission of the Foundation is to fulfill Bryan’s dream by providing hope and support to children with brain tumors and their families and to ensure that no child’s life is ended prematurely. The   announcement was made at its 8th annual “Night of Hope & Dreams” gala. The annual fundraiser drew more than 175 patrons and guests from around the Somerset Hills and surrounding areas and raised nearly $60,000.

Over eight years in operation, Bryan’s Dream Foundation has responded to over 600 requests for assistance from more than 20 different hospitals nationwide. More than half of families helped have income levels less than $25,000 per year. Through the Financial Assistance and Holiday Giving programs Bryan’s Dream has distributed nearly $700,000 over the past eight years.

William Coffin of Basking Ridge, the Foundation’s Treasurer and a Board member since 2006, commented at the event, “We are proud to have raised $1,000,000 in the past eight years thanks to the generosity of our donors, sponsors, and supporters, but the real milestone will be when we reach $1,000,000 distributed to the children and their families.”

Tim Opremcak, a Board member of the Foundation, and Bryan’s Dad, said, “Bryan would be so honored by the commitment of everyone associated with Bryan’s Dream Foundation and all the children and families we have helped in his memory.”